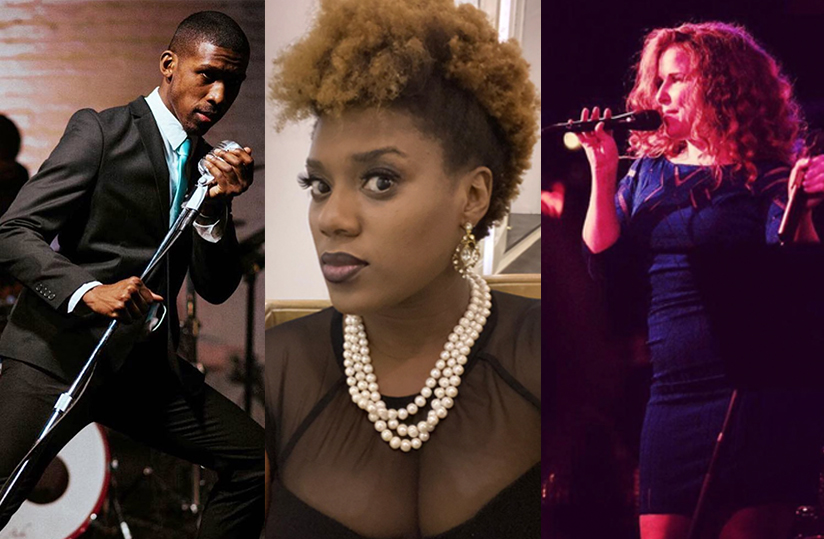 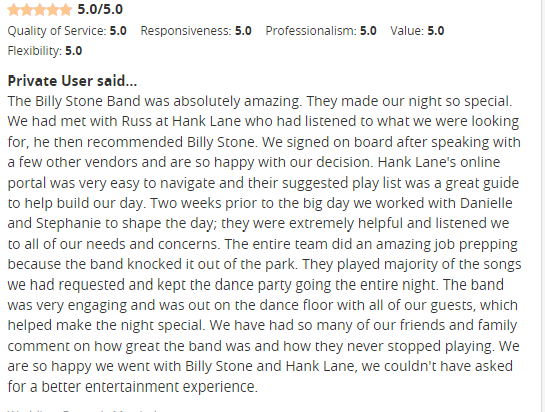 "The entire team did an amazing job prepping because the band knocked it out of the park. They played majority of the songs we had requested and kept the dance party going the entire night. The band was very engaging and was out on the dance floor with all of our guests, which helped make the night special." More Hank Lane Reviews can be found on: 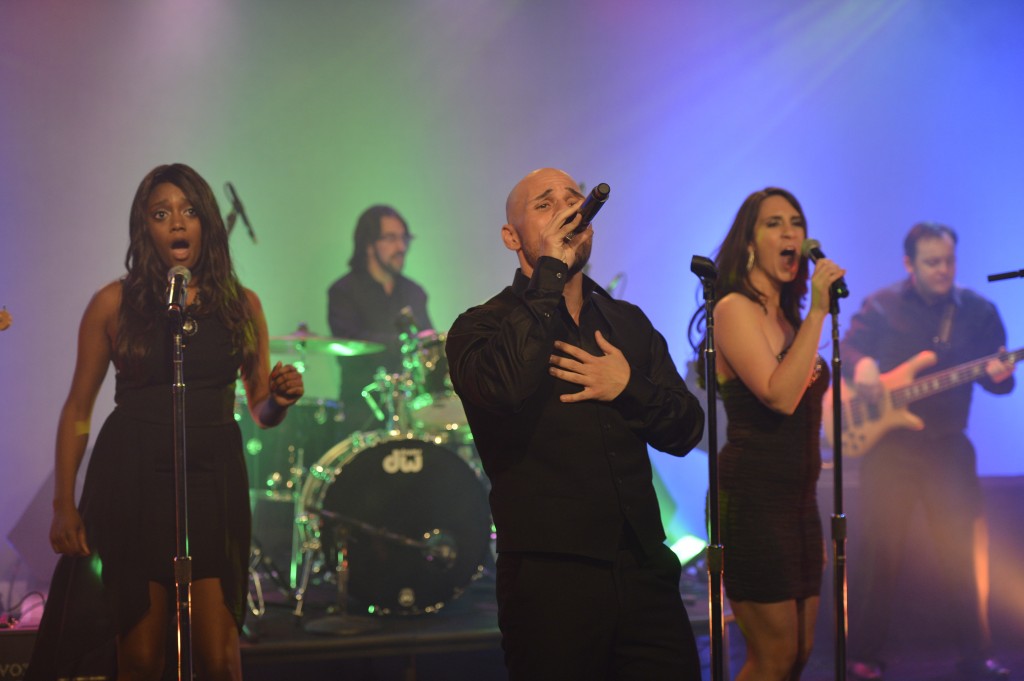 Russ, All I have to say is WOW! The Billy Stone Band was AMAZING!!!!!! People won't stop talking about how amazing the band was.  What a great night. People were up, dancing, music was perfect. Night was flawless. It was everything we imagined and that much more. We had guests asking for information already because they are wedding planning now. Thank you again! Samantha and TJ 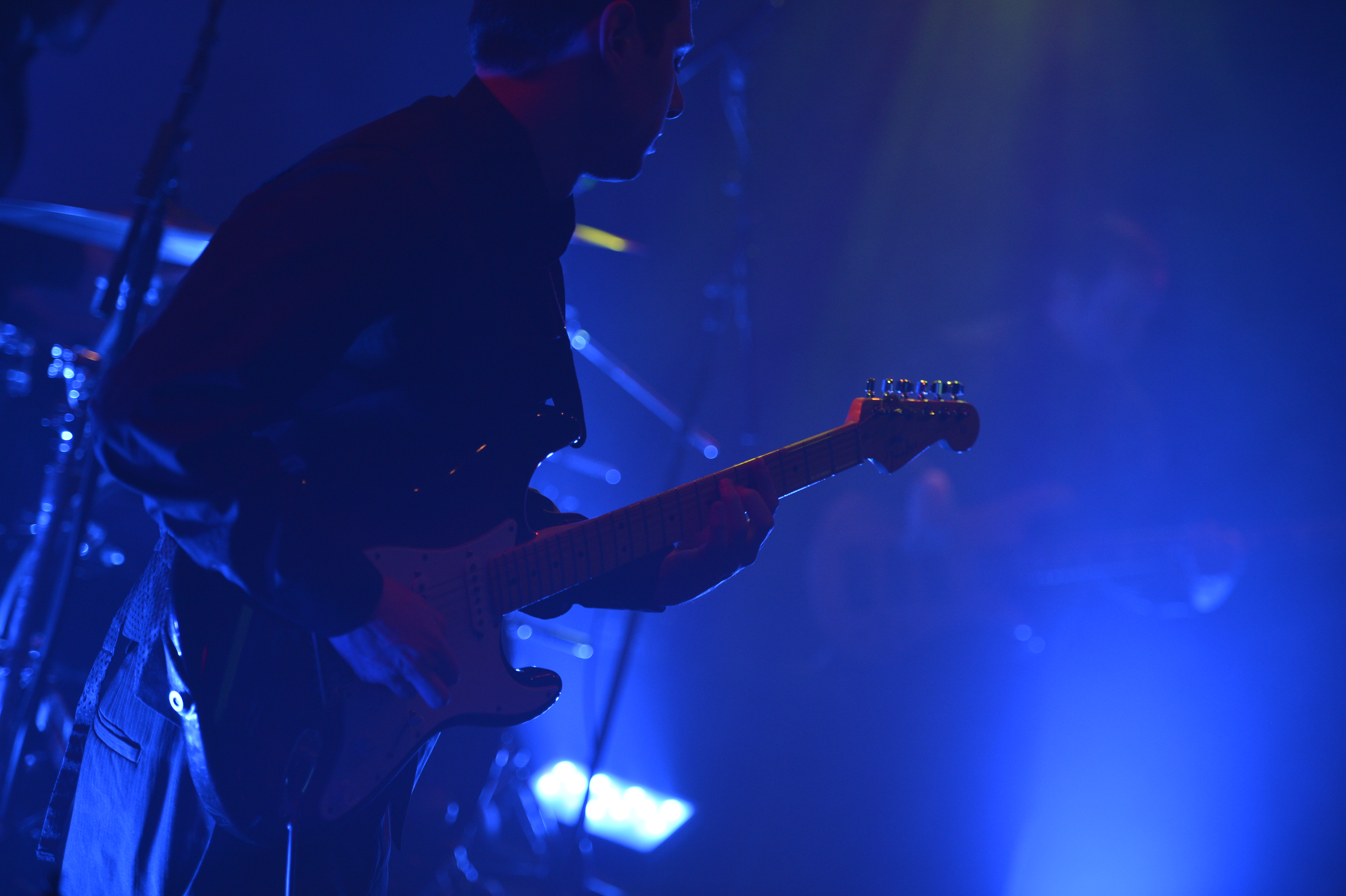 Danielle, Adam and I wanted to send a HUGE thank you to Hank Lane for the absolutely incredible job the Billy Stone Band did at our wedding Saturday night! Truly unbelievable!! We cannot put into words how pleased we were with the band. They played the most perfect music and they played each song beautifully!! Our guests were blown away!! We could not be happier! Thank you again for all of your hard work with helping us coordinate with the band and we will be sure to write some rave reviews after the honeymoon! Thank you again! -Lauren 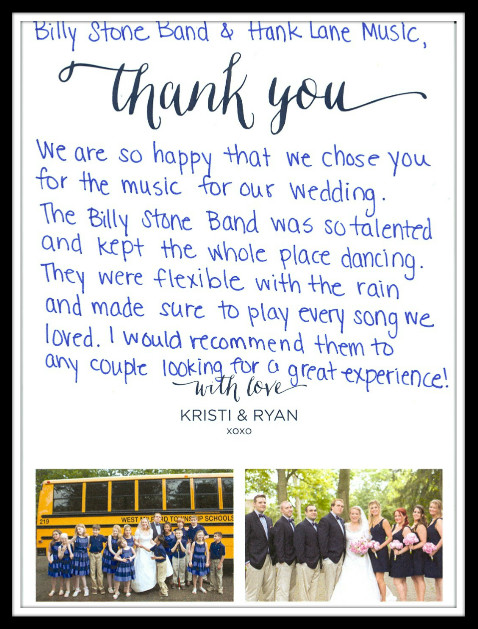 Russ, Hope you're having a relaxing LDW. Just wanted to let you know that The Billy Stone Band were absolutely incredible last night for our wedding. They were above and beyond what we could have imagined, and numerous people came up to us saying they were the best wedding band they had ever heard. We literally had the entire crowd on the dance floor until midnight. We'd be happy to give any sort of recommendation if ever needed, but wanted to make sure you knew how happy we were with the music. Talk soon! Thanks, Peter and Tara