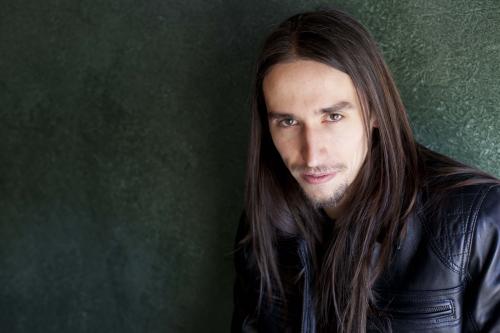 Liberty is a band with a mission. That mission is to provide you with the best possible music for your event.

Chandler, the leader of Liberty and one of it's lead vocalists, is one of the most prolific and dynamic singers covering the classic rock style today. The band's other singers complement Chandler's range, performing all other styles of popular dance music. In addition to performing over 500 live shows and events, Chandler works as a studio singer, having performed vocals on over 300 songs on over 25 albums. He has also toured internationally, and his music has received international radio airplay. Additionally, his albums have charted on Billboard and iTunes charts as well as receiving Grammy award considerations.

See what peers and critics alike are saying about Chandler:

“Chandler has grown into a powerful front man and vocalist as well as a promising songwriter.  I don’t think there are any limits for this guy!” - Tony Harnell, Award-Winning Vocalist (TNT, Skid Row)

“Working with Chandler has been a complete joy….Chandler is among the best of the best.” - Stevie DeAcutis, Grammy-Nominated Producer / Engineer (Cyndi Lauper, Corey Glover , Bon Jovi)

Handpicked by Chandler, the entire Liberty band boasts an array of professionalism and talent that rivals the biggest bands out there today.  The combined experience of the band members totals over 60 years in the business.  A young, fresh and current band with undeniable chemistry and keen intuition for what works and what doesn't, Liberty will have your guests on the dance floor all night long.

To See Videos on the Liberty band, Schedule an Appointment Today!

WOW! Thank you for being the best band ever! We have not stopped getting rave reviews about Libertyyyyy. I wanted to let you know how thrilled we were with Liberty. They really set the tone for the reception and had the crowd up and going right from the start. Chandler was put on this earth to be a bandleader and could not have been easier to deal with was very accommodating. A number of people said to me that they thought they were at a concert. We are so happy that this talented group of people were able to contribute to this special day in our lives and truly made it memorable.

We will definitely be recommending Liberty to all our friends and family!!!

Libertyy Review on TheKnot: "Definitely use Liberty!! They were perfect."

Liberty was absolutely amazing, unreal, and completely made my wedding. Hank Lane is an extremely reputable company that I knew I wanted to use. I listened to 20+ band of theirs, and every time I went, I knew Liberty was who I wanted at my wedding. They are definitely one of their newer bands, so I was worried since they didn't have a lot of reviews yet, but they were everything we dreamed of and more! Our entire party was dancing all night. They played all of the songs I loved and they got on the dance floor and really interacted with everyone. Definitely use Liberty!! They were perfect.

Liberty Band Reviewed on TheKnot.com: "The dance floor was PACKED..."

We had Liberty perform at our wedding and they were incredible!! We came to Hank Lane looking for a young band that was fun and energetic. We wanted it to feel like our guests were attending a concert and that's exactly what Liberty provided. The dance floor was PACKED the entire night (I for one never stopped dancing). Their set list was perfect and they knew exactly how to read the crowd. They even played *NSYNC and Backstreet Boys songs that I loved and had requested ahead of time! The singers got the whole crowd so excited by dancing with us and giving us the microphones to sing along. At the end of the night, people were coming up to shake their hands. You can't go wrong with any Hank Lane Band but Liberty is really top notch! And as a testament to one of the many reasons to go with Hank Lane, one of the band members was sick and couldn't attend the wedding - Hank Lane immediately found an amazing replacement without stressing me out by telling me. That's the comfort you get with an agency like Hank Lane. You never have to worry that you won't have a full band. Thank you guys for everything!!!

Liberty Band Review: "...the best band they've ever heard at a wedding."

We can't thank you enough for rocking out at our wedding. The one comment I have heard from all our guests is that you were the best band they've ever heard at a wedding. Some even commented that it was as if we were all at a concert. Your song selection was perfect, from the dinner to the dancing, to not only the venue but for us as a couple as well. My only regret is that I wish the wedding lasted longer so that we could keep rocking out together. Neither of us are big dancers, but we didn't leave the dance floor once all night which is the best sign of an awesome party! We also appreciate how beautifully you played our first dance song "thank you." it is one of our fondest memories from the wedding. It was such a pleasure to work with you and we thank you for sharing your talent with us.

Chandler, Liberty was fantastic!!! We must thank you for the perfect evening. Everything went exactly as we imagined. Our guests wouldn't leave the dance floor. We can’t thank you enough Chandler. We had the most amazing evening dancing away with Liberty, we just wish we could do it all over again! We will definitely be suggesting Liberty to all our friends and family as you rocked it. Thank you, Tom and  Sarah

Erik – Liberty was UNBELIEVABLE last night. Chandler was awesome… he got the entire crowd insanely fired up. And the song selection, timing, everything was just superb. And of course, singing and playing guitar with you guys was a ton of fun too! We will certainly send videos and photos for you to have but in the meantime, we wanted to express our appreciation as everyone had a blast.  The phrase “Best wedding band ever” was uttered at least 100 times. In fact, with 5 or 6 engaged or soon-to-be-engaged couples at our wedding, you may have some more weddings to play at soon. We will happily take a finders fee Looking forward to speaking soon. Thank you again to Liberty to making it the best day of our lives!!! John & Kylie

Hi Stephanie! We just wanted to write you a quick note to say we had the best wedding ever with Liberty!! Everything about the band was incredible. Chandler came out on the floor and got the whole crowd rocking around.  Liberty made the entire night! Every part of the process was easy and everyone was a pleasure to work with. Liberty really knows how to read a crowd and they had the perfect set list! All our friends kept asking where we found such great talent. Thank you for being apart of the best day of our lifes! Cheers! Sam and Tina

Spencer, Thank you for providing us with the BEST band every! We have not stopped getting amazing reviews about Liberty. We were so so happy that we choose we were with Liberty to be apart of our wedding.  They got everyone on their feet dancing right away!   Chandler was so easy to work with and made the entire process enjoyable and fun. We hope to have Liberty at another event in our future as it was such an amazing night. Thank you thank you thank you!!!   All the Best, The Castelinos