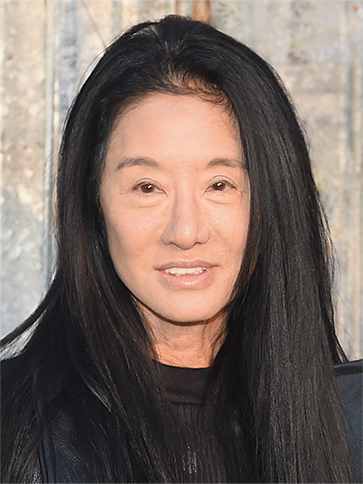 According to fashion icon Vera Wang, “Music is key to establishing a mood, an ease and a feeling of comfort and celebration. Music should be motivational at a wedding. I told Hank Lane, who produced the music at my wedding, that I wanted irresistible music - that even if you were shy or not particularly up for dancing, you just couldn't sit down. You just wanted to get up on the dance floor. And that's exactly what we had. There was one number after another where people were clapping and screaming and having a really good time!” 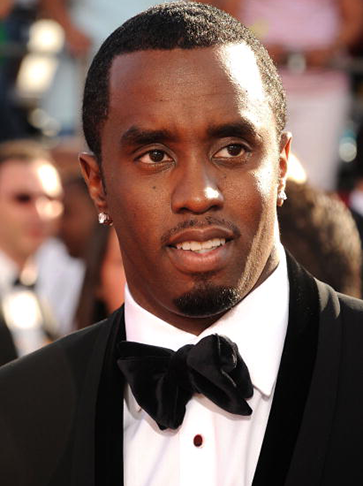 "Thank you for your priceless contribution to my birthday celebration. Your band helped bring my vision to light!"

See What Other Clients Say...

Brides, grooms and mothers alike have raving reviews of our bands and entertainment. Check out over 500 reviews between WeddingWire and The Knot.

“We first saw Michael Hart and his band perform at my cousin's wedding and knew we absolutely had to have them at ours! Michael has an amazing energy and is a consummate professional, we could not have been happier. Our guests are still raving about the excellent music a month after our wedding! Even with some obscure songs during our ceremony and reception they delivered an amazing performance. You simply can't go wrong with a Hank Lane band!” - Sarah, WeddingWire

“Wow. The Frank Simmons Band. My husband and I just got married last night, and we are still almost at a loss for words about how incredible they were. Our friends and family were coming up to us all last night and this morning absolutely raving about how amazing the Frank Simmons Band was. From the moment we first met with Frank, we told him that we wanted our wedding to be an epic party, and we wanted all of our guests out of their seats and on the dance floor all night. And they delivered! They were absolutely incredible. They hit the songs we requested (which considering the varying genres was pretty incredible (Kelly Clarkson, Bruno Mars, ACDC, Frank Sinatra, Zac Brown Band, etc.), and then read the crowd all night. They could belt out Top 40s, country, 70s/Motown, 90s pop, etc., and knew exactly what to play next to keep the night going. And they interacted with the crowd perfectly, which is something that we wanted them to do. They keep the music going without any full break, from start to finish. We used their keyboardist for our ceremony and cocktail hour and he was incredible. Without the Frank Simmons Band and Hank Lane, the party would never have been as amazing as it was. Trust us, you will have no regrets if you book them!! Thank you, Frank and the rest of the band, for an INCREDIBLE NIGHT!!!” - Jessica, WeddingWire

“We hired Erik Marshall's band through Hank Lane Music. We love to dance and it was really important to us to have a band who would inspire everyone to get out on the dance floor. Erik and his band delivered on this beyond our wildest expectations. They are the best cover band I have ever heard, anywhere. I felt like we were at a private concert--everyone in the band was so talented, and great entertainers who are truly excellent at pumping up a crowd. Most importantly--Erik has a ridiculous talent for reading the crowd and figuring out what songs to play. Spotify would surely pay millions for an algorithm half as good his abilities, but a computer could never truly replicate what he and his band can do. We gave him an overview of our musical preferences, and some "make sure to play/definitely don't play" guidance on some specific songs. By the time they had finished the first set, the band had locked onto the crowd's taste perfectly. Everyone had such a great time dancing. The only issue was major exhaustion the next day! Hank Lane was great to work with while picking a band and figuring out logistics--especially Stephanie who diligently chased us down and made sure all of the last-minute details were finalized in the week leading up to the wedding.” - Kathleen, The Knot

“The Jenna Wynne band was the best!! If you are looking for an incredible band with amazingly talented musicians and an entirely hassle-free experience look no further! Jenna was so easy to deal with and played the exact songs we were hoping for. Our families and guests were blown away and everyone thought our first dance song was a recording! Jenna was great to deal with beforehand and is an amazing performer. All the musicians were so talented and kept our guests dancing till the very end!” - Emily, The Knot

“We were lucky enough to have the Marcus Reid Band perform for our wedding. One of the main things we wanted for our event was that our guests were on the dance floor having a great time the entire evening. Marcus and his band ensured that this happened playing hit after hit with such incredible energy and enthusiasm. I cannot recommend this band enough, and hope that they're performing at one of the future weddings my wife and I attend.” - Mike, WeddingWire

Give your kid...and their friends...the time of their life! Dazzle guests with spectacular lighting, talented dancers, amazing dance floors and a DJ that gets everyone out of their seats.

“Dear Harris, In regards to my son Brandon’s Bar Mitzvah on June 9th, I wanted to express my gratitude. As you know I have been in Catering for more than 25 years and been a part of thousands of bar and bat mitzvahs and finally to have one for my son was a change. I had the pleasure to work with Jared and he truly exceeded all of my expectations. They were set high and I felt so comfortable with Jared ultimately responsible for the entire event. He bonded so well with my wife, son and two younger daughters. The rest of your team including Hector seemed to go above and beyond and looked like they were having fun doing what they do best. Lighting makes events. Coupled with your white dance floor the venue looked amazing and I was so happy. All events should have a higher concentration on lighting as it adds an element to the event that is invaluable. As a company Hank Lane Music is next to none. More than Music your DJ company is right in line with being the best as well. I am not saying that because it was for my son but my entire life I have watched DJ companies in action, now I was dancing thanks to you! Once again on behalf of my family thank you so much for creating such life long memories..” - Jason (Brandon’s Bar Mitzvah at the Jumeirah Essex House)

“Thank you very much, and thanks to Marcus, and the rest of the team. Everything went smoothly. Dancers, music all were great.  And TL is simply the best – please tell him I said so.” - Scott (Bar Mitzvah at Hempstead House)

“Dear Vicki, Thank you so much for Saturday! I am sure you are as wiped out as we are, or at least I am… I think it was a really fun and successful affair and Carolyn and her friends had a great time, AND the adults as well, from what they tell me!” - Jane (Carolyn’s Bat Mitzvah at 360 Degrees)

“Colleen, Everything was great. [MC] Kevin outdid himself-he was absolutely fantastic! The music and dancers were perfect. We all had a great time-and I have received rave reviews from our guests. You and your team are professional and reliable - and a pleasure to work with.” - Ricky, Flo, Jason & Jamie (Bat Mitzvah at Rodeph Shalom)

If having guests rave about the entertainment is the kind of corporate or charity event you want to host, you’re in the right place.

“Hi Harlan, It was so lovely meeting you too, thanks so much for all your help, the musicians, Rat Pack group and DJ Lu were all amazing, we have had so much great feedback on them all and I can’t thank you enough! I look forward to working with you again next year!” - Debbie Shaw Financial Operations and Events Manager at Credico Marketing

“Hi, I just wanted to say thank you so much – we had our gala in January at the Garden City Hotel (was postponed from October). Our guests RAVED about the band – they really did a great job. So much energy and the music was amazing. We look forward to working with you all again later this year. We will be in touch as soon as we reserve a date for the fall gala. Thanks again…” - Laurie Schaefer of ACDS (A Charity Gala at the Garden City Hotel)

“I just wanted to say thank you for hosting such a rocking good time at our gala...The [Mike Herman Band] was amazing and our guests had a blast - every year you seem to outperform yourself and this was no different. Thank you as always - we really enjoy working with Hank Lane.” - Bess Chazhur

“I’m overdue in getting this email to you, but I wanted to thank you all for your help with the music for the party we hosted last Thursday night at Jazz at Lincoln Center. Russ Bennett and his group were fantastic! They really set the tone for the evening and our guests had an incredible time. People are still raving about how hot the music was. He was also great to work with. Consider him booked for next year’s holiday party! Thanks, again.” - Jim (A Corporate Event at the Lincoln Center)

Want to know how to throw a party where guests shout for “one more song”? Hire a Hank Lane band of course!

“Good morning, Ian. And thank you for a fantastic event – folks are raving about the band and from what I hear, they were chanting “one more song!” at the end of the night. Nobody wanted it to end. Hopefully we can all work together again on future events. Thanks for everything and have a great weekend!” - Sue (A Holiday Party)

“Good morning, The party was great and the band was excellent. Quite a few people asked me about the band (we have a few newly engaged couples). When I mentioned Hank Lane they all weren’t surprised that it's one of your bands. I’ll be surprised if they didn’t reach out to you. I will make sure I sent them your contact information. Please let me know if you need anything from me. Thanks for everything. Something tells me we will be contacting you every year going forward :). Have a wonderful holiday season and we’ll be in touch.” - Maria (A Holiday Party)

“Dear Spencer: Just wanted to thank you and your staff for this weekend. The Kenny Ford Band was awesome, they totally made the party.  You guys are all such professionals, made the whole experience easy and enjoyable.  Really appreciate it. The band and all of you were absolutely fantastic! I think you’ll be getting a few referrals based on our party – people were blown away by how versatile and talented the band was. Thank you again!” - Rebecca & Daniel Seidenstein (A Birthday Party)

“Hi Ian! Hope you had a great Thanksgiving! Wanted to say thank you for recommending The Frank Simmons Band! They totally rocked the house! They were wonderful to work with and we are looking forward to having them again at future events! Thanks again for everything! Happy Holidays!” - Tina Papetti-Noll (A New Jersey Birthday Party)

Explore our Entertainment Services to see the wide variety of options we have in store for you.

Now It’s Your Turn! Let Us Give You an Event You’ll Want to Brag About...

Whether you’re throwing a milestone birthday bash, a bat mitzvah blowout, a once-in-a-lifetime wedding or the corporate event of the decade, we are ready to make it the kind of party you’ll want to brag about!